The feeling of a craving for something sweet is very well-known to everyone, albeit the reaction to this feeling in different people is also different. While some people gave enough of will power not to pay any attention to such cravings, others just feel absolutely helpless in such situations. Actually, in order to be successful in battling the desire to have a dessert, one should understand the nature of the cravings he or she has.

In the reality, there is a variety of factors triggering the urge to have a sweet treat. While some of them are serious health conditions for instance, depression, diabetes or compulsive overeating, there are also pretty simple reasons which can be addressed easily. Yet, it is crucial to understand them well.

One of the most common problems of people with a poor diet or compulsive overeating is constant misunderstanding of their bodies when it comes to their signals of hunger.

How can you avoid sugar consumption in such a situation?

Still, you can learn to distinguish between these conditions if you stop the next time and think about other food when your body will be asking you to consume something sweet. It might be that the thoughts of other food will also make you eager to consume something else and not necessary a dessert. If this is the case, you are really hunger and what you need is something nutritional rather than a snack filled with sugar. Providing your test will make you absolutely positive about having exactly a chocolate or a cookie, in all likelihood, you are either bored with your current activity or are suffering from anxiety or stress.

It is very popular for people to feel an urge to have something sweet not because it is crucial to have a dessert right now even though it feels like that. In fact, it is crucial for a person to have any food at all right now because he or she is hungry.

When a person us trying to lead a diet with a rather small amount of calories or carbohydrates it is normal for a body to feel uneasy about that trying to make a person consume something sweet. It is also true for anyone who just makes too large breaks between meals causing the feeling of severe hunger. It is absolutely natural for an organism to have a craving exactly for sweet food because having something sweet is the most rapid way for a body to get fuel.

You can easily imagine that such a practice can lead to the situation in which a person will nurture the body supplying it with easy calories coming from sugar. This can easily cause not only weight gaining but also diabetes.

How can you avoid sugar in such situations?

First of all, you should change your entire eating pattern. If you do not have breakfast before work while you are at home and have a chance to eat something satiating and not necessarily sweet, it is easy to predict that in a couple of hours your body will be dying to have a chocolate or a donut. Then, you might not have any time for a proper meal and you will reach for such snacks.

If this is about you, you should either make yourself have breakfast or, if you are one of the people who really feels bad eating at early hours, think about other satiating snacks which you can quickly have at work. One of the best options are various nuts and seeds which can also be found in the form of a bar. Of course, you should be attentive about the possible presence of sugars in such products as well.

Another recommendation will be useful for people on diets with a rather small amount of carbohydrates. Actually, if you are not planning to get into the ketogenic state which is the aim of a genuine ketogenic diet, you should not get rid of carbohydrates too much. What is important is to have carbohydrates of a better nutritional value coming with the products high in fibres in a natural way such as in fruits and vegetables as well as real whole grains. Real whole grains means for instance real porridges rather than breakfast cereals which might also be made of whole grains.

It is also important to have enough of proteins and fat in your diet which will give you a feeling of satiation for a longer time.

Everything you should know about friends in disguise 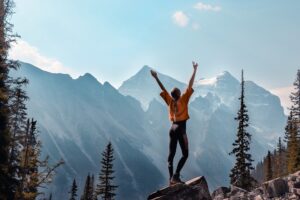 Everything you need to know about habit formation 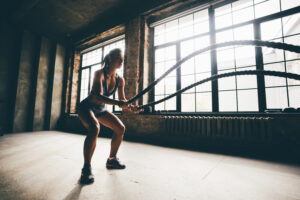 The facts about your body required for successful workouts

How can you take another person about what you would like to get as a present?